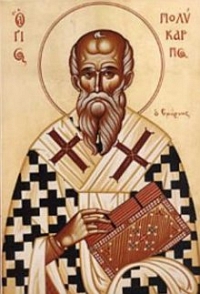 + Polycarp of Smyrna, Bishop and Martyr +

23 February AD 156 Born around AD 69, Saint Polycarp was a central figure in the early church. Said to be disciple of the holy evangelist and apostle Saint John, he provides a link between the first generation of believers and later Christians, includ… 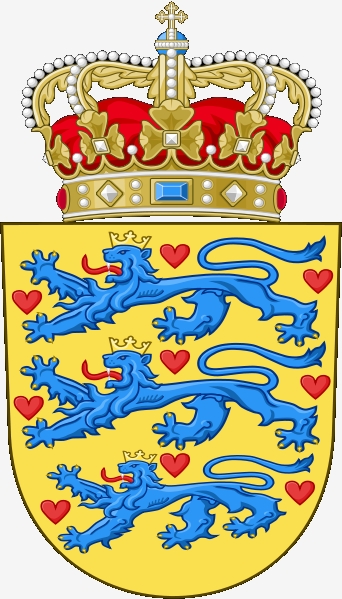 20 February AD 1620 In 1619, King Christian IV of Norway and Denmark sent the ships Enhiørningen and Lamprenen in search of the Northwest Passage to India. The crew of sixty-four Norwegians, Danes, Swedes, and Germans was led by Captain Jens Munk, an experienced naval officer. The ship’s chaplain was Danish Pastor Rasmus Jensen, who became the first Lutheran minister in the New World. The explorers journeyed as far as the western shore of Hudson Bay, finally reaching present-day Churchill, Manitoba on 7 September 1620. Winter’s cold comes early at that latitude and ice soon trapped them. Scurvy, famine, and brutal cold slowly killed the crew. The captain’s journal shows that Jensen delivered a Christmas sermon and celebrated the. . . Read All 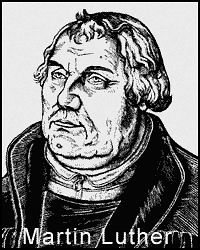 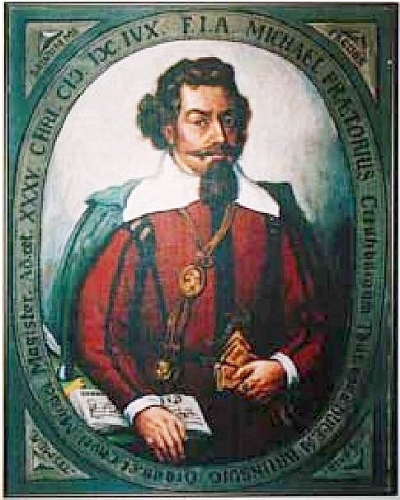 15 February AD 1621, transferred to 17 February Lutheran musician, composer, and musicologist Michael Praetorius (Prätorius) was born in Kreuzburg, Thuringia to Pastor and Mrs. Michael Schultheis (or Schultze), on 15 February 1571. Praetorius was a Latinization of the family name and Michael later favored the monogram MPC (Michael Praetorius Creutzbergensis). While still a boy, he began studying philosophy at the University of Frankfurt, where his brother Andreas was a professor. Praetorius became organist at Frankfurt and later held the same post at Lüneburg. In this latter town he began his career as Kapellmeister. While only 18, he began serving Herzog Heinrich Julius of Braunschweig-Wolfenbüttel as a minor member of his court. In 1604, Praetorius became the prince’s Kapellmeister and. . . Read All 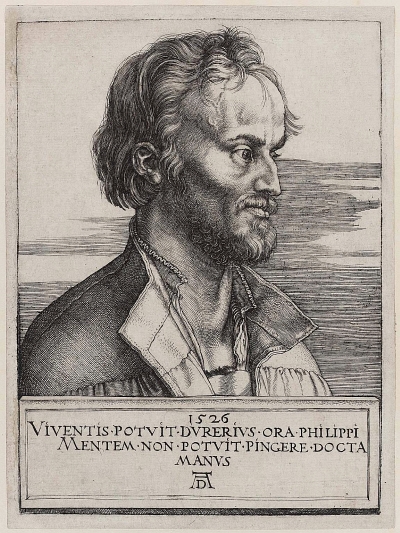 16 February AD 1497 – 19 April AD 1560 Philipp Melanchthon, a brilliant student of the classics and a humanist scholar, was appointed to teach along with Martin Luther at the University of Wittenberg in 1518. At Luther’s urging, Melanchthon began teaching theology and Scripture in addition to his courses in classical studies. In April of 1530, Emperor Charles V called an official meeting between the representative of Lutheranism and Roman Catholicism, hoping to effect a meeting of minds between two opposing groups. Since Luther was at that time under papal excommunication and an imperial ban, Melanchthon was assigned the duty of being the chief Lutheran representative at this meeting. Thus, he made the primary verbal and written defenses of the. . . Read All 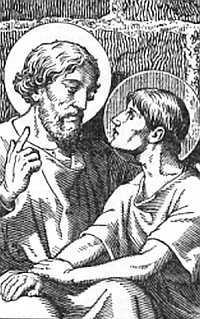 15 February, New Testament Philemon was a prominent first-century Christian who owned a slave named Onesimus. While the name “Onesimus” means “useful,” Onesimus proved himself “useless. (Philemon 11)” He ran away from his master and perhaps even stole… 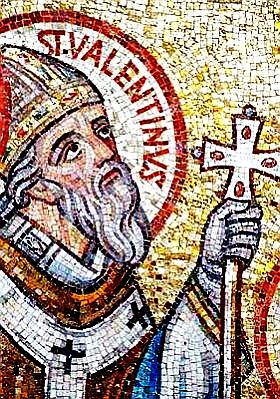 14 February A.D. 270(?) Details of ancient Christianity are sketchy since for much of the Church’s early years, it was a crime to be a Christian and records were hidden or kept purposely incomplete to protect believers. Thus, the story of Saint Valent… 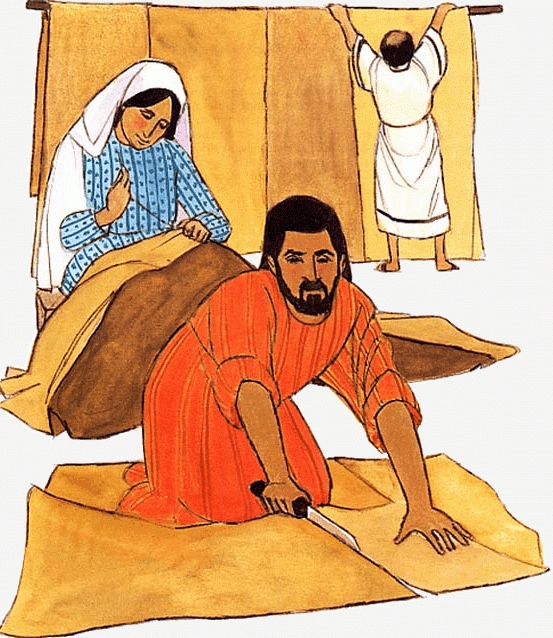 13 February, New Testament Aquila and his wife Priscilla (Prisca) were Jewish contemporaries of Saint Paul. They traveled widely, perhaps in part for business reasons but later certainly because of unrest and persecution in Rome. They went to Corinth … 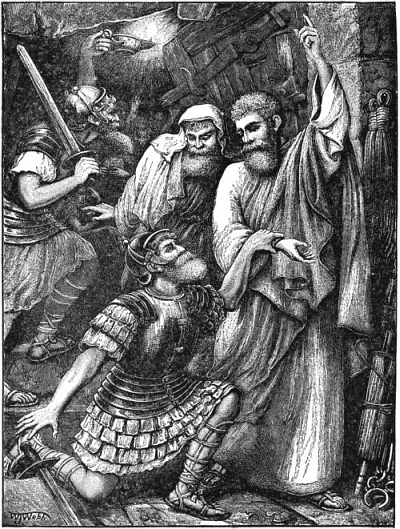 10 February, New Testament Saint Paul chose Silas, a leader in the church at Jerusalem, to accompany him on his second missionary journey from Antioch to Asia Minor and Macedonia (Acts 15:40). Silas, also known as Silvanus, was imprisoned with Paul in… 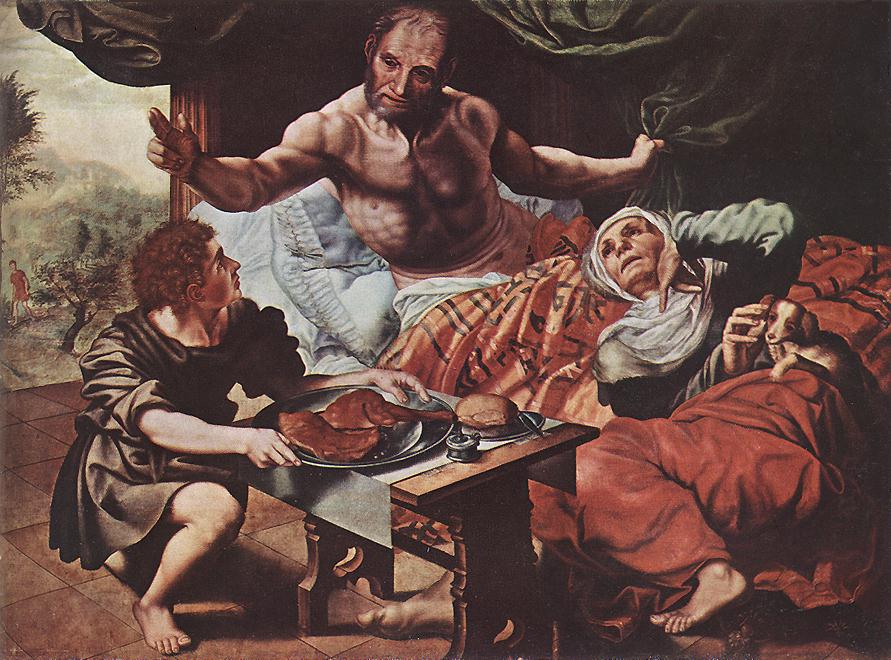 5 February, Old Testament Jacob was the third of the three great Hebrews given the title of patriarch, following his grandfather Abraham and his father Isaac. Jacob was the younger of the twin sons of Isaac and Rebekah. He received his name because be…

14 June, Old Testament After the prophet Elijah defeated the priests of Baal and then fled Jezebel’s wrath, The Lord came to him on Mount Horeb. He told him to anoint new kings of Syria and Israel. He also commanded Elijah to anoint “Elisha the son of …

11 June, New Testament “Joseph, who was also called by the apostles Barnabas (which means son of encouragement), a Levite, a native of Cyprus, sold a field that belonged to him and brought the money and laid it at the apostles’ feet” (Acts 4:36-37). H… 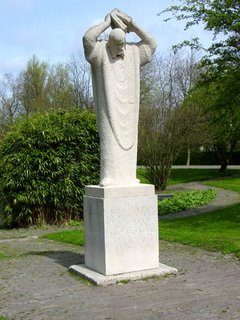 5 June AD 754 The man who later became known as Saint Boniface was born around AD 670-680 at Crediton, Devonshire, England and baptized Winfrid or Wynfrith. Although he was educated, he became a monk — at that time a calling often avoided by people of learning or means. While still in England, he was ordained as a presbyter and was inspired by the example of others to become a missionary. Upon receiving a papal commission in 719 to work in Germany, Winfrid devoted himself to starting, organizing, and reforming churches and monasteries in Hesse, Thuringia, and Bavaria. After becoming an archbishop, Boniface was assigned to the See of Mainz in 743. Ten years later he resigned his position to engage. . . Read All 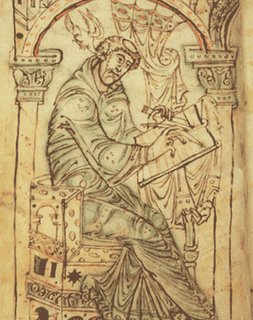 25 May AD 735 Today marks the heavenly birthday of Bede (pronounced BĒD). Since his commemoration often falls near the end of Eastertide, it’s quite likely that many Christians have close familiarity with one of Bede’s best known (and one of this… 24 May, Old Testament Esther is the heroine of the biblical book that bears her name. Her Jewish name was Hadassah, which means “myrtle.” Her beauty, charm, and courage served her well as queen to King Ahasuerus. In that role she was able to save her … 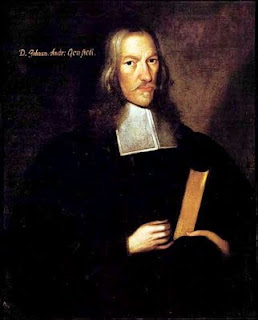 22 May AD 1688 After Martin Chemnitz and Johann Gerhard, Johannes Andreas Quenstedt may have been the ablest theologian of the Lutheran church in the period following the death of Martin Luther. A shining light during the period of Lutheran orthodoxy,… 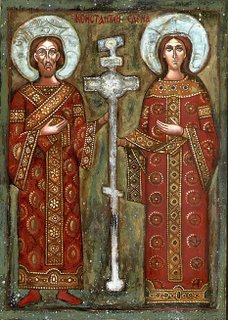 + Constantine the Great and Helena +

Emperor Constantine, 21 May AD 337 Flavius Valerius Aurelius Constantinus served as Roman Emperor from AD 306 to 337. During his reign the persecution of Christians was forbidden by the Edict of Milan in 313. Ultimately, the faith gained full imperial… 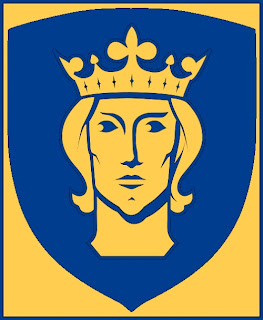 18 May AD 1160 Erik Jedvardsson (Edward’s Son) ruled much of Sweden from 1150 to 1160. He headed a Christian kingdom bordered by various pagan realms, all of which shared an ancient tradition of fighting with each other. During the middle of his reign… 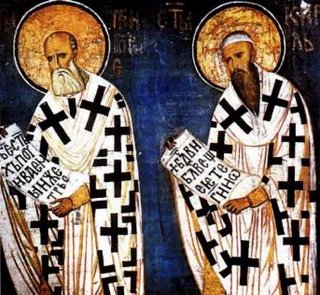 Cyril: AD 826-869 — Methodius: c. AD 815-885 Saint Cyril and Saint Methodius were missionaries to the Slavs. The brothers Constantine and Methodius came from a Greek family in Thessalonica. Younger brother Constantine took the name Cyril when he became a monk in 868. After ordination, Cyril became librarian at the Church of Holy Wisdom (Hagia Sophia) in Constantinople. In 862, Emperor Michael III and the Patriarch Photios sent the brothers as to what is now the Czech republic, where they taught in the native Slavic tongue. While the fact of their sending may have included the emperor’s political designs, the brothers seem to have focused only upon the spiritual aspect of their task. Cyril is said to. . . Read All 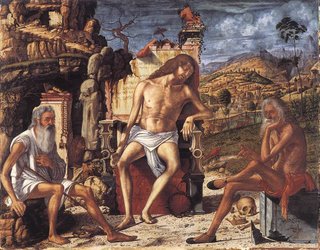 9 May, Old Testament Job was a blameless and upright man who came from Uz (Job 1:1), a land northeast of Canaan. The Book of Job examines the depths of his faith, which was severely tested through the sufferings God permitted. Despite the sudden death… 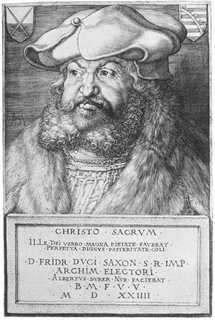 5 May AD 1525 Frederick the Wise, elector of Saxony from 1486 to 1525, was Martin Luther’s sovereign in the early years of the Reformation. Indeed, were it not for Frederick, there might not have been a Lutheran Reformation. Born in Torgau in 1463, he … 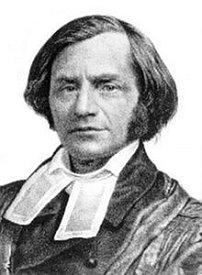 2 May AD 373 Athanasius was born in Alexandria in Egypt in AD.295. He served as a church leader in a time of great controversy and ecclesiastical disagreements. While he was still a deacon, around the year 319, a presbyter (pastor) named Arius began a…

1 May, New Testament People frequently confuse Philip the Apostle with Philip the Deacon, whose story is included in the Acts of the Apostles. See Acts 6:1-6; 8:5-40; and Acts 21:7-9 for accounts from his life. This Philip’s commemoration is on 6 June…