More from Terry Mattingly’s column about the new Protestant-like role of “conscience” in liberal Catholicism:   He quotes Blase Cupich, the Archbishop of Chicago, on how he counsels the divorced and remarried, gays, and others in what the Church officially considers to be a sinful lifestyle. From Terry Mattingly: ‘Conscience’ becomes a key fighting word in [Read More…] . . . Read All

3. A Federal Court of Appeals Rules against the Consciences of Pharmacists – Fred Eckel, 7/29/15

Today we talk about the First Commandment as it is discussed in the Large Catechism. 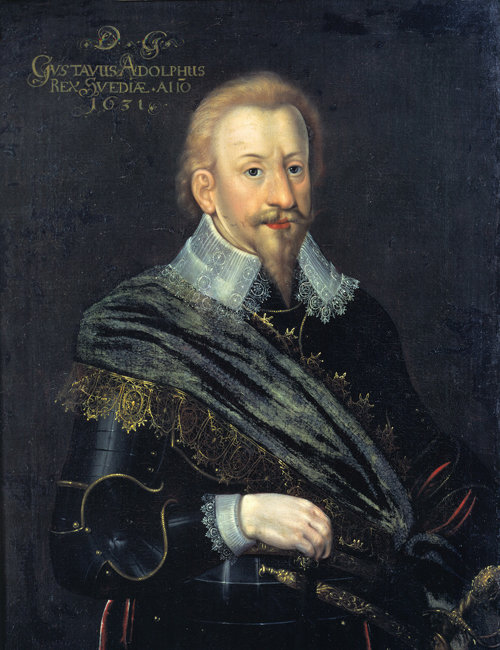 The Lutheran Conception of a Christian Commonwealth according to King Gustavus Adolphus, and its Mighty Impact on the Formation of our Great Republic, and on the State of Pennsylvania in particular

Gustavus AdolphusKing of Sweden, and Saviour of GermanyProgenitor of American LibertiesAs has become our custom over the years, in honor of the American civic holiday, Independence Day, we on this day publish an important article forcefully demonstrati… 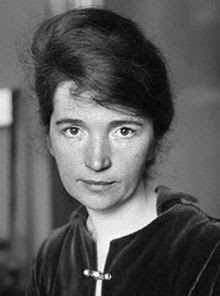 Margaret Sanger Speak up for those who cannot speak for themselves, for the rights of all who are destitute. Speak up and judge fairly; defend the rights of the poor and needy (Proverbs 31:8). When dealing with the issue of personhood in light of abortion, we can’t ignore the question of babies in the womb with clear signs of mental or physical deformity detected before birth. Abortion in these cases is also disturbing, but may be necessary in the long run to insure the continued upward progression of our race. The more we discourage reproduction, by abortion or sterilization, by persons having genetic defects or undesirable genetic traits, the cleaner and more refined our gene pool will become. Over time, . . . Read All 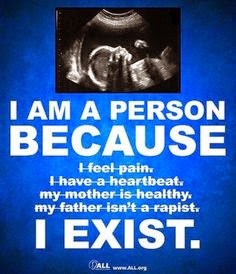 For you created my inmost being; you knit me together in my mother’s womb. I praise you because I am fearfully and wonderfully made; your works are wonderful, I know that full well. My frame was not hidden from you when I was made in the secret place, when I was woven together in the depths of the earth. Your eyes saw my unformed body; all the days ordained for me were written in your book before one of them came to be. How precious to me are your thoughts, God! How vast is the sum of them! Were I to count them, they would outnumber the grains of sand—when I awake, I am still with you (Psalm 139: 13-18).. . . Read All

A Need to Speak for Life in Illinois

In 1977, the State of Illinois saw a bill passed through the legislature and signed into law that implemented a ban on the taxpayer funding of abortion. This included not allowing coverage of abortion services in state employee health plans, as well as not allowing the coverage of abortion services in Medicaid. That year – 1977 – over 12,700 abortions were paid for by tax dollars under Medicaid. The ban was challenged in the courts, but was upheld by the U.S. Supreme Court in 1980. The ban has since remained in effect, but a bill was recently introduced into the Illinois House that seeks to remove this ban on taxpayer funding of abortion through Medicaid and state employee health plans. . . . Read All

Judica—The Fifth Sunday in Lent St. Peter Lutheran Church Hebrews 9:11-15 March 22, 2015 “Cleansed Consciences” Iesu iuva In the novel Crime and Punishment by Fyodor Dostoevsky, a young man murders a pawnbroker. He has convinced himself that exceptional people are not bound by the laws of ordinary morality. He kills the woman with an ax and manages to escape without being found out. But he finds himself out. He is pursued by a judge he never expected—his conscience. The awareness of his crime alienates him from his family and friends. Everywhere he goes he either suspects that people suspect him, or he despises them for not knowing what kind of a person he really is. That’s what a bad . . . Read All

Religious Liberty on the Docket – Pray for Protection of Conscience

I penned this letter to my congregation this morning, regarding today’s arguments before the Supreme Court in Sebelius v. Hobby Lobby. May it be helpful to you, too. Today Sebelius v. Hobby Lobby is argued before the Supreme Court. You’re going to hear a lot about this case on the news, on social media, in the newspaper, on the radio; basically everywhere. It’s a very big deal. Some will falsely portray it as all about religion trying to impose a ban on contraception in the public square. Some will paint a politicized picture of a boss with one set of beliefs forcing certain health-care choices on his employees. Neither is correct. The Lutheran Church–Missouri Synod – which signed an amicus . . . Read All

Update (12/19): The Lutheran Church – Missouri Synod has issued a statement. Update 2 (12/19): A LCMS Reporter article on the issue. Update 3 (12/20): Thrivent has responded. Update 4 (12/20): The WELS have issued a statement. Original Post: Earlier today, I was alerted to the presence of an entry in the Thrivent Choice database. The entry was for Planned Parenthood of Minnesota, North Dakota, South Dakota. It can be found here. Planned Parenthood is the leading abortion provider in the United States, having performed around 327,000 abortions in 2012. Thrivent Choice is described in this way on Thrivent’s website: “The Thrivent Choice® program lets members recommend where some of Thrivent Financial for Lutherans’ charitable . . . Read All

Topics of Discussion: (1) “What is the conscience and what purpose does it serve?” with Rev. Dan Torkelson, (2) “Why the Leadership of the Mormon Church is Operating in Damage Control” with Art Vancik, and (3) “Margaret Thatcher on Leadership” with Nile Gardiner.

Warning:The following contains graphic and disturbing images.   Viewer discretion is advised especially for young ones.  The Pictures are gruesome.  They are disgusting and horrific.  The murder of life is a terrible thing to s…

Warning:The following contains graphic and disturbing images.   Viewer discretion is advised especially for young ones.  The Pictures are gruesome.  They are disgusting and horrific.  The murder of life is a terrible thing to s…