Ash Wednesday February 10, 2016“Father, Forgive Them” Luke 23:32-34 “There were also two others, criminals, led with Him to be put to death. And when they had come to the place called Calvary, there they cruciﬁed Him, and the criminals, one on the right hand and the other on the left. Then Jesus said, ‘Father, forgive them, for they do not know what they do.’ And they divided His garments and cast lots.” (Luke 23:32-34) Their ignorance is not an excuse. It is not a defense. Jesus is not praying that God forgive them because they aren’t accountable for their crime. They are accountable. If they were not, they would have no need of forgiveness. Jesus points to their . . . Read All

The text for this lesson is Luke 8:22–25 Key Point Jesus has redeemed me, a lost and condemned person. Law: For my sin, I deserve to be forsaken and condemned; yet when I suffer, I protest and blame God. Jesus was arrested, beaten, and tortured to de…

Fouled Up Beyond All Recognition

In the movie, Saving Private Ryan, Private Reiben asks, “Where’s the sense of riskin’ the lives of the eight of us to save one guy?” Captain Miller says, “We all have orders, and we have to follow ‘em. That supersedes everything, including your mothers.” Private Reiben asks, “Even if you think the mission’s FUBAR, sir?” “Especially if you think the mission’s FUBAR,” answers Captain Miller. Corporal Upham asks, “What’s FUBAR?” As things go from bad to worse, he learns what FUBAR means: fouled up beyond all recognition. (sanitized version). When something is messed up so badly that it cannot be recognized as what it is supposed to be, that’s FUBAR. That’s what happened to Jesus when He was executed . . . Read All

Scientists have been studying the mechanics, physiology, and history of crucifixion.  They have learned that it was more horrible than people had assumed.  The National Geographic Channel is airing a documentary on the subject on Easter Sunday.  Details and a link to some of the findings after the jump.From Science Replays the Crucifixion, NBC [Read More…] . . . Read All

Jesus, I Will Ponder Now

Jesus, I will ponder now On Your holy passion; With Your Spirit me endow For such meditation. Grant that I in love and faith May the image cherish Of Your suff’ring, pain, and death That I may not perish. Make me see Your great distress, Anguish, and affliction, Bonds and stripes and wretchedness And Your crucifixion; Make me see how scourge and rod, Spear and nails did wound You, How for them You died, O God, Who with thorns had crowned You. Yet, O Lord, not thus alone Make me see Your passion, But its cause to me make known And its termination. Ah! I also and my sin Wrought Your deep affliction; This indeed the cause has been Of . . . Read All

His Time – Lutheran Senior Services, The Gospel of Mark, The Crucifixion

Did Jesus Use iPhone’s Apple Maps

When iPhone got Apple Maps, Apple received a storm of criticism. The maps were inaccurate. Australian police issued a warning not to use them to get to the town of Mildura. It would leave users stranded in Murray-Sunset Nation Park, … Continue reading →. . . Read All

It is great having interaction between authors and readers here on Brothers of John the Steadfast. One of our readers posted a thoughtful comment to the current article, “Talking about the Black Sheep of the Family.” The comment said the Romans crucified many who were not worthy of it, and because the common people knew this, many were sympathetic to Jesus. No doubt there is much truth in those observations. The commenter went further, saying, “I do not believe most every common person looked upon crucified individuals with contempt.” That’s a great way to spur an author on to another article. Thanks for the nudge. In this article, we look at some evidence of how the Roman world . . . Read All

Talking about the Black Sheep of the Family

The children of a prominent family commissioned a biographer to write a book of family history. They warned him about the black sheep of the family, an uncle executed in the electric chair. The biographer said he could avoid embarrassment. “I’ll say he occupied a chair of applied electronics at an important government institution. He was attached to his position by the strongest ties, and his death came as a real shock.” By contrast to the full truth, that’s how we usually speak of Christ’s crucifixion. We water down the embarrassment. In truth, the cross is a shame (Hebrews 12:2). Paul calls “Christ crucified a skandalon,” the Greek word for scandal. (1 Corinthians 2:23). The cross is a scandal. . . . Read All

When Did Christ Take On Our Sins?

Dear WE: I have heard Christ took on our sins when He was baptized and I have heard He took on our sins while He was on the cross. Which is it? Keep up the good work. Thanks, R. Dear R: The answer is really that the entirety of Christ’s life is taking on the sins of the world. He did so in His incarnation, in His baptism, and at the cross. Scripture doesn’t speak of a “moment” where the sins of the world are laid on Christ, rather it speaks of Christ as: “the Lamb of God who takes away the sin of the world,” the one who “has borne our griefs, and carried our sorrows,” and the one . . . Read All

Posted in Lutheran Blogosphere | Tagged Atonement, Baptism of Jesus, Crucifixion, Substitutionary Atonement, WE Got Answers, Worldview Everlasting - We Got Answers

When Did Christ Take On Our Sins?

Dear WE: I have heard Christ took on our sins when He was baptized and I have heard He took on our sins while He was on the cross. Which is it? Keep up the good work. Thanks, R. Dear R: The answer is really that the entirety of Christ’s life is taking on the sins of the world. He did so in His incarnation, in His baptism, and at the cross. Scripture doesn’t speak of a “moment” where the sins of the world are laid on Christ, rather it speaks of Christ as: “the Lamb of God who takes away the sin of the world,” the one who “has borne our griefs, and carried our sorrows,” and the one . . . Read All

Posted in Lutheran Blogosphere | Tagged Atonement, Baptism of Jesus, Crucifixion, Substitutionary Atonement, WE Got Answers, Worldview Everlasting - We Got Answers

Jesus in the Lions’ Den: A Sermon for the Nativity of Our Lord

Our celebration of the Savior’s birth can become so routine that we become numb to the joy—and the horror— of it all. On the one hand, it’s really odd that the Incarnation of our Lord is one of the Church’s two chief festivals. For us, nothing could be more normal than celebrating on Christmas Eve. If we didn’t, Christmas just wouldn’t be the same. But the fact that we actually celebrate on Christmas demonstrates how foolish God’s ways are to the world. We do celebrate on Christmas—and rightly so—but not for any reason the world usually celebrates. We tend to sentimentalize the birth of our Lord, as if it were some kind of silent, holy night. It was holy, to . . . Read All

His Time – John the Steadfast, Christian Bioethics, Jesus Before Pilate

In Noel Coward’s play This Happy Breed, a man’s son is killed in the war and his friends try to help him with pretense talk and euphemisms for death. Out of the emptiness of his heart, he finally cries, “He didn’t pass on, pass out, or pass over; he just bloody well died.” Such honesty can crumble a man. His son was all that mattered to him. What is the point of going on living when the one most precious in all the world has died? Such grief is possible only when we know that life is to have a point, meaning, and worth, but you cannot read that looking into a grave. This we have to face, yet . . . Read All 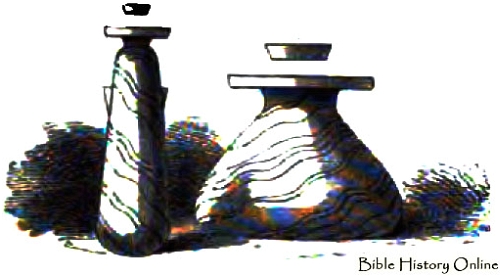 31 July, New Testament Saint Joseph is mentioned in all four Gospels. He came from a small village called Arimathea in the hill country of Judea and was a respected member of the Sanhedrin, the Jewish ruling council in Jerusalem. Scholars presume that…

29 June, New Testament The Confession of Saint Peter (“You are the Christ, the Son of the Living God”) is commemorated on 18 January, and the Conversion of Saint Paul on his approach to Damascus a week later, on 25 January. On 29 June we commemorate th…

Good Friday—Chief Service + St. Peter Lutheran Church, Joliet + St. John 19:5-6 + April 18, 2014 (originally handwritten)   “Sons of the Father”   INI   Pilate stood on the platform and yelled to the crowd, “I find no guilt in Him,” motioning to the man standing silent in chains.   “But you have a custom that I should release someone to you at Pesach.”  Pesach  is Passover, the Jewish holy day where they remembered how God had set them free from slavery in Egypt.  God had visited all the houses in Egypt and taken the firstborn of each family and each animal.  But when He came to the Israelite houses, He passed over them.  Because on each door . . . Read All

Christ Crucified for You! On Good Friday, not Wednesday

Holy Week is the time of year where different theories about the specific date of the crucifixion and resurrection come up. One of the most common theories out there is one that is generally referred to as the Wednesday to Saturday theory. To put this …

One Word in Absolute Darkness

With the Bakken oil boom, it seldom is dark anymore at our farm. There is usually some light from gas flares. Bakken gas flaring year 2012 It’s not like the experience of darkness we used to have in the field when walking back to a truck or the yard. On nights with no moonlight, the going could get tough. One night the sky was overcast and a fog rolled in. My eyes were little help, but the lay of the field through the soles of my boots gave enough sense of where I was to make it back. Blacker still was the night I learned that the wife of someone close to me was going to divorce him. The suffering . . . Read All