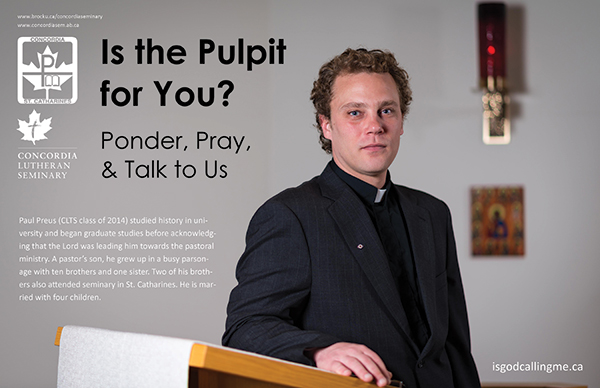 CANADA – Efforts are currently underway to draw together various recruitment resources for use in Lutheran Church–Canada congregations and schools. Rev. Jim Fritsche, coordinator for the project, explained that the resources include the existing “is God calling me?” testimonial project produced by the Alberta-British Columbia district, a series of posters being produced by the St. Catharine’s Seminary (see another example on the back-cover of the most recent issue of The Canadian Lutheran), and an updating of the RSVP recruitment initiative. “We are making these resources available to help congregations strengthen their …

by Iris Barta As God’s people, God chooses to work through us in the world and in the Church. His Word says: “Now, Israel, what does the LORD your God require of you, but to fear the LORD your God, to walk in all his ways, to love him, to serve the LORD your God with all your heart and with all your soul?” (Deuteronomy 10:12). The word “serve” often has negative connotations. It is not our human nature to serve others. It has the implication of someone else being our master, …

The Diaconate in the Ancient Church

In The Diaconate of the Ancient and Medieval Church, eminent Wittenberg law professor Caspar Ziegler (1621–90) provides contemporary church workers and students of history with a detailed description of how Christians have shown mercy to a lost and dying world from apostolic times to the Reformation. Ziegler’s detailed study engages at least 500 primary sources to illustrate expertly the life of the Church as recorded and discussed by interpreters of canon law. His research explains the underlying tradition of the Lutheran Confessions and helps answer why and how particular practices and offices developed and changed from the early church through the Reformation era. Indeed, by showing differences between Western and Eastern traditions, Ziegler points out medieval problems that helped . . . Read All 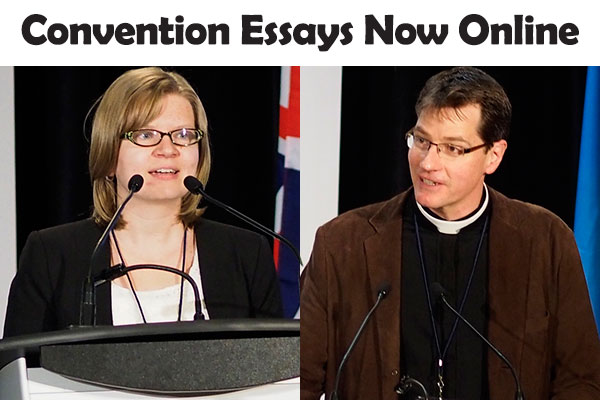 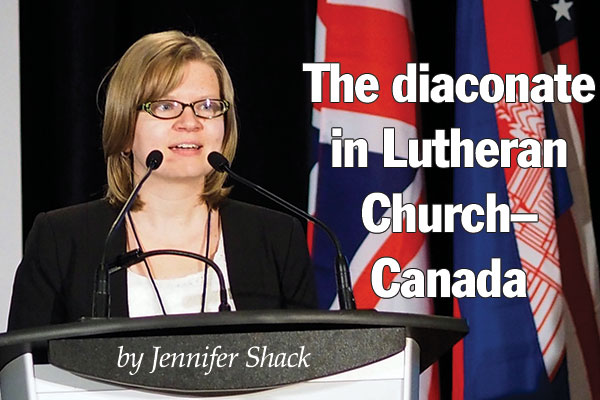 The diaconate in Lutheran Church–Canada

by Jennifer Shack In 1999 Lutheran Church–Canada (LCC) established something that we call the “office of deacon.” There was a lot of study and thought that went into its establishment and no doubt it was a topic that both pastors and lay-people in our districts had at least heard of during the 1993–1999 convention cycles. Though the topic of the diaconate has been present in some way in each convention since then, what we have not done is continue to educate and inform ourselves of what the deacons of our church … 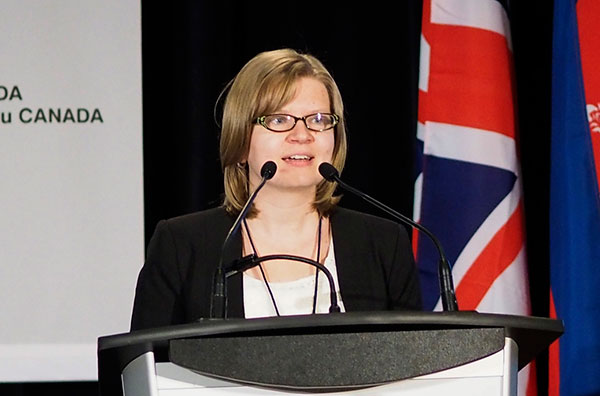 Convention Essay: The background and role of the diaconate

VANCOUVER – On Sunday, Deacon Jennifer Shack presented an essay outlining the history and biblical foundation of the diaconate in Lutheran Church–Canada (LCC), and the role of its members in our church body today. In part one of her presentation, Deacon Shack reviewed how the position of deacon was established in LCC, beginning with a Task Force struck in 1993 to study the role of congregational workers (a role that had been in existence since the 1950s). The official diaconate of Lutheran Church–Canada was established in 1999. Church work training programs …

Convention votes to provide for diaconal service on boards, commissions, and committees

VANCOUVER – Delegates to Lutheran Church–Canada’s (LCC) National Convention in Vancouver voted Saturday to bring members of the diaconate onto synod’s boards, commissions, and committees. LCC’s bylaws identify deacons as members of Synod, along with pastors and congregations. They further identify deacons not as laypeople but rather as rostered workers, along with pastors. Up to this point, however, the language of LCC’s bylaws have only made allowance for pastors and laypeople to serve on synodical boards, commissions, and committees, effectively leaving deacons ineligible to serve in these capacities. To rectify that situation, … 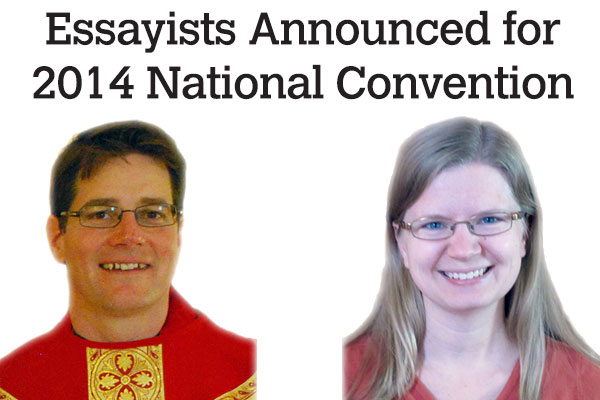 VANCOUVER – Lutheran Church–Canada (LCC) has announced the names of the essayists for 2014’s national convention in Vancouver. Rev. Kurt Reinhardt (Trinity Evangelical Lutheran in Kurtzville, Ontario) and Deacon Jennifer Shack (Concordia University College of Alberta – CUCA) will present on the topics of prayer and the diaconate respectively. Rev. Reinhardt is in his fifteenth year of serving the people of Trinity Evangelical Lutheran near Kurtzville, Ontario, which he has served since graduating from Concordia Lutheran Theological Seminary (St. Catharines, Ontario). He has served as plenary speaker for Corpus Christi conferences …