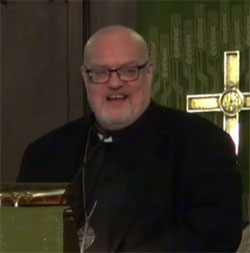 USA – From July 24-25 in Charleston, South Carolina, the North American Lutheran Church (NALC) held its annual convocation. Rev. Rudy Pastucha, at the time outgoing Third Vice President of Lutheran Church–Canada (LCC), was present for the event, bringing greetings from LCC. While introducing Rev. Pastucha, Rev. David Wendel (NALC Assistant to the Bishop for Ecumenism and Ministry) noted that the dialogues between NALC and LCC “have been very fruitful.” “We do have differences,” he noted, “and some are important differences, but at the same time we have had a great …

CANADA – Lutheran Church–Canada (LCC) continues its national dialogue with Roman Catholics in Canada, meeting most recently September 30 at Concordia Lutheran Theological Seminary (St. Catharines, Ontario). During the meeting, participants continued their examination of From Conflict to Communion, a document jointly published by the Pontifical Council of Unity and the Lutheran World Federation. “Our most recent discussion flowing out of the document concerned the heart of our theology: justification by grace through faith,” said Rev. Warren Hamp, Chairman of LCC’s Commission on Theology and Church Relations and a member of …

Like your name, O God, your praise reaches to the ends of the earth; your right hand is filled with righteousness. (Psa 48:10 NIV) And St. John writes: After this I heard what sounded like the roar of a great multitude … Continue reading →. . . Read All 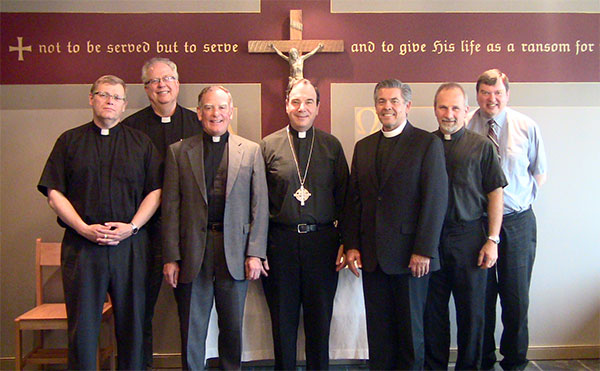 WINNIPEG – Representatives of The Lutheran Church—Missouri Synod (LCMS), the North American Lutheran Church (NALC), and Lutheran Church—Canada (LCC) met at LCC’s synodical headquarters in Winnipeg June 24-25. This is the first time the meetings have taken place in Canada. “These consultations have happened twice each year since they began at the invitation of LCMS President Matthew Harrison in late 2011,” explained Rev. Dr. Robert Bugbee, LCC President and host for this round of meetings. Both days began with morning devotions in the office chapel, after which participants provided updates from …

Rick Steenbock, LCMS Missionary and Communications and Projects Manager for the Eurasia region, reports on the second day of the 23rd European Lutheran Conference in Bleckmar, Germany. The topic was how to live in an ecumenical world.(More)

Rick Steenbock reports from the 23rd European Lutheran Conference in Bleckmar, Germany. What are the challenges facing European Lutherans in an ecumenical context? Read this article and watch the video to learn more.(More)

Why Theology of the Lutheran Confessions?

Edmund Schlink in his “Theology of the Lutheran Confessions” (Fortress Press: Philadelphia, 1967) elaborates that besides looking at the Confessions merely historically and even theologically, they need to be recognized as Confessions and/or confessional exposition of the Bible. What does … Continue reading →. . . Read All 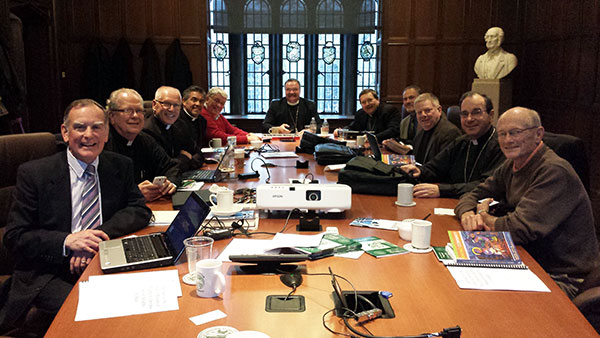 Latest round in NALC/LCMS/LCC discussions

ST. LOUIS, Missouri – Representatives of the North American Lutheran Church (NALC), The Lutheran Church—Missouri Synod (LCMS), and Lutheran Church–Canada (LCC) met for the latest round of semi-annual discussions at Concordia Seminary in St. Louis from December 16-17. The theme for this installment of the dialogue was “The Church in the Public Square,” and had as its highlight an evening lecture by NALC theologian, Rev. Dr. Robert Benne of Roanoke College in Virginia. The participating churches reported on events since the previous round of talks this past May. “The relationships within this group … 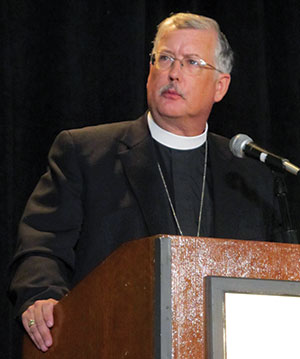 PITTSBURGH, Pennsylvania – The North American Lutheran Church (NALC) held its annual Convocation and Theological Conference August 6-9 in Pittsburgh. Lutheran Church–Canada’s (LCC) First Vice-President Nolan Astley attended the event, bringing with him a letter from President Robert Bugbee. President Bugbee was unable to attend as he was participating in International Lutheran Council business in Lithuania. Vice-President Astley greeted the assembly the morning of August 9, at which time he read President Bugbee’s letter to the convocation. “As a participant in the semi-annual dialogues which involve your NALC, the Missouri Synod, …

WINNIPEG – When youth and leaders from across Lutheran Church–Canada (LCC) gathered in Winnipeg for the National Youth Gathering (NYG), they were not alone: friends from the North American Lutheran Church (NALC) and the Lutheran Church of Australia (LCA) were also in attendance. Initial discussions between the NALC and LCC have uncovered common ground. As a symbol of the friendliness between the two churches, LCC President Bugbee—with the support of the Synod’s Council of Presidents—invited NALC youth to participate in LCC’s National Youth Gathering. Two local Winnipeg churches responded: Joy Lutheran … 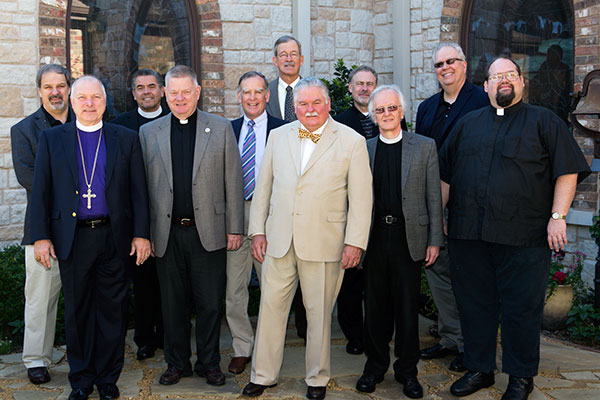 Anglicans and Lutherans hold summit on biblical marriage and sexuality

UPDATE: The joint “Affirmation on marriage,” signed by participants at the summit and by the heads of all four church bodies, click here. DALLAS, Texas – A landmark ecumenical summit took place May 3-5, 2013 at Church of the Holy Communion in, Dallas, Texas. The theme of the meeting was “Biblical Teaching on Marriage and Sexuality.” Presentations and discussion focused on the shared historic understanding of marriage as a holy estate, divinely created by God to be the union of man and woman. The gathering was the result of ongoing multi-lateral consultations …