A Circuit Meeting Taught Me Again the Importance of the Liturgy

“If the Divine Service is viewed primarily as our praising God, then you can do that just as well from home. In fact, once we have looked at the topic of vocation, you will see that we can serve God better in the world than in the church building. But if the service is understood as God giving us the forgiveness of sins, then you’ve got to be there. It is very possible that the low attendance at Sunday services seen in so many churches today is a reflection of how we define the service. If I am acting, then I can do it another time. If God is acting, I better be there.”Pastor Klemet Preus, The Fire . . . Read All 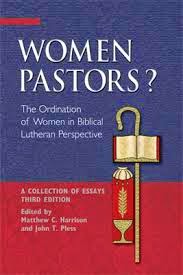 By Larry Beane I don’t know if other LCMS churches and pastors were targeted or not (though I suspect so), but I recently received a journal in the mail unbidden, called: “One Image, One Purpose, One Baptism” from an organization called CBE International (Christians for Biblical Equality).  I had never heard of this organization before, but given that “equality” is a buzzword of late – in particular with regard to matters of sex roles in church and society – I decided against pitching it with the other usual complement of uninvited postal material that one inevitably receives as a church pastor. Upon scanning it, it turns out to be a collection of six essays with the usual tired and hackneyed . . . Read All

During the 2013 Synodical Convention in St. Louis it was a great blessing to witness the affirmation of altar and pulpit fellowship between the LCMS and the Evangelical Lutheran Church of Liberia (ELCL), and the Siberian Evangelical Lutheran Church (SELC). The Synod spent tens, perhaps hundreds, of thousands of dollars and many hours to ensure that the ELCL and SELC met its standards for doctrine and practice. Good for them. Now place yourself in the shoes of a member of the ELCL or SELC. Having passed the test of purity required by the de facto mother Synod of global confessional Lutheranism, you happen upon Lutheran Immigration and Refugee Service (LIRS). As an African or Siberian brother / sister in Christ . . . Read All

Every year in January my congregation holds a special assembly. We call this gathering our “Getting Organized” meeting. At the meeting this past year, I presented the results of an informal survey I conducted. Essentially, I called the local Methodist, Baptist, ELCA, and two non-denominational churches and asked several questions, one of which was: “What is the process for becoming a member of your congregation?” Here’s what I discovered. The two non-denominational churches I contacted are very similar to one another. Both encourage prospective members to choose and join one of several small groups they call “Life Groups.” These groups meet once a week for six weeks and are tailored to be, in their words, “relevant to the participants’ needs” . . . Read All The symbol of Seminex was a Biblical reference (Isaiah 11:1) that out of the dead stump of the Lutheran Church Missouri Synod will come a new living branch. A large bas-relief rendering of this logo was in the elevator lobby of the University Club building in which Seminex occupied the top five floors. This reflection is a comparison between two commemorations.  The first one is the death of Martin Luther, Doctor and Confessor, 18 November, 1546 and the second, the walkout at Concordia Seminary, St. Louis on 19 February, 1974.  This reflection was prompted by the second commemoration as I too was in ‘exile’.  As way of reminder about the first commemoration: Martin Luther, born on November 10, 1483, in . . . Read All

Update #1 (1/15/14) – The Lutheran Church – Missouri Synod has issued a statement. Thrivent Financial promotes itself as “a faith-based, not-for-profit membership organization nearly 2.5 million members strong.” Thrivent confesses to do business in this way: “Being membership-owned, Thrivent Financial does what’s best for our members, supporting the values of faith, family, stewardship and service.” And in this way: “We’re a faith-based organization, called to care for others.” “The common bond of Thrivent Financial for Lutherans is Christianity.” But, according to statements and documents provided by persons familiar with the matter, Thrivent Financial has directly funded Planned Parenthood Federation of America, at least three Planned Parenthood affiliates throughout the United States, and the NARAL Pro-Choice . . . Read All

Thrivent Does Not Have the Komen “Out”

Update (12/19): The Lutheran Church – Missouri Synod has issued a statement.Update 2 (12/19): A LCMS Reporter article on the issue.Update 3 (12/20): Thrivent has responded.Update 4 (12/20): The WELS have issued a statement. Original Post:In doing a bit more research into Thrivent Choice this morning, I wondered whether Thrivent at least had seized upon some sort of “out”, much like the Susan G. Komen For the Cure organization has in their dealings with Planned Parenthood. Recall that Susan G. Komen For the Cure has certain affiliates that give money to Planned Parenthood in various parts of the country (when I was a pastor in Dallas the local Komen . . . Read All Lutheran Facebook feeds are buzzing right now as a link listing Planned Parenthood as an organization to which members can direct their Choice dollars is shared over and over again. And some people are crying out (at least in their heads), “See I told you that if Thrivent allowed non-Lutheran members, everything would go downhill from there.  And now Thrivent is supporting the murder of innocents.  If only we would have remained pure as Lutherans.  I will tell you this:  AAL would never have allowed this.” But what if the truth is something that would possibly condemn more of us than just those liberals non-Lutherans we welcomed a while back.  What if the problem with Thrivent goes much farther back . . . Read All 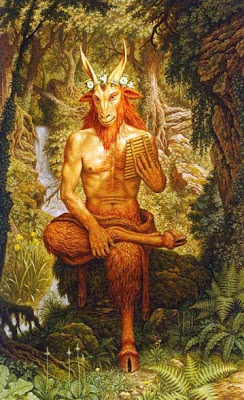 The Problem With Pan

By Larry Beane Pan-Lutheran organizations have always been troublesome to confessional Lutherans.  We don’t want to give the impression of theological agreement when there is no agreement.  We don’t want to imply fellowship when there isn’t.  But in the past, it was much easier to cooperate in some matters not involving sacramental fellowship. But that’s different today. With several “Lutheran” bodies in the United States and in the world denying the authority of Holy Scripture in matters of the created order of sex (now cleverly spiritualized by the euphemism “gender”), such cooperation has become nettlesome, to say the least.  The “gender” issue manifests itself primarily in the Christian world in two ways: women’s “ordination” and homosexual “marriage.” Most who advocate . . . Read All

3. Audio Open Lines: Responding to the Final Candidates for Presiding Bishop of the Evangelical Lutheran Church in America, 8/20/13

2. The 25th Anniversary of the Evangelical Lutheran Church in America – Dr. Robert Benne, 8/9/13

Brian McLaren, author “Why Did Jesus, Moses, the Buddha, and Mohammed Cross the Road? Christian Identity in a Multi-Faith World” The Manly Doctors of Divinity venture into the shark infested waters of ELCA / LCMS / WELS / ELS alphabet soup and church fellowship.  The long version of “In the Tavern” and a few more trivial naughty bits round out an episode sure to pl…