Help, I Need Resources On The Doctrine Of Election!

Hey WE: Do you have some good modern Lutheran resources about the Lutheran doctrine of election, particularly with regard to double predestination? Thanks, A. Dear A: We would recommend checking out first the Epitome and Solid Declaration of the Formula of Concord: –http://bookofconcord.org/fc-ep.php#XI. –http://bookofconcord.org/sd-election.php Also, Volume 3 of Pieper’s Christian Dogmatics, beginning on page 471 Here are also some helpful explanations from online articles: -Don Matzat – former host of Issues Etc. http://www.mtio.com/articles/aissar89.htm -Dr. Richard Bucher on the comfort of the doctrine of election- http://www.orlutheran.com/html/trelect.html Finally be sure to check out previous articles and videos on this from the Worldview Everlasting team: –http://www.worldvieweverlasting.com/?s=election –http://www.worldvieweverlasting.com/?s=predestination –http://webzoom.freewebs.com/pastormattrichard/Predestination — Matthew Lorfeld, Pastor Messiah Lutheran Church La Crescent, . . . Read All

But Noah found grace in the eyes of the LORD. (Gen 6:8 KJV) But we believe that through the grace of the Lord Jesus Christ we shall be saved. (Act 15:11 KJV) The story of Noah is remarkable. Today’s verse … Continue reading →. . . Read All

Pr. Matt Richard continues discussing his paper, “Why the Doctrine of Predestination Matters.” What happens when we try to reconcile the seemingly contradictory doctrines of 1) original sin with 2) God’s justification of the sinner and 3) God’s eternal election? Why should we keep these doctrines “in tension” according to God’s Word? Is the teaching […]

Pr. Matt Richard enters the “Throwdown” ring to discuss his paper, “Why the Doctrine of Predestination Matters.” Is the doctrine of predestination simply some useless wrangling among theologians, or does it really mean something for every Christian? What happened during the 19th century when various Lutheran church bodies debated this doctrine? How can you best […]

In the day of prosperity be joyful, and in the day of adversity consider: God has made the one as well as the other, so that man may not find out anything that will be after him. (Ecc 7:14 ESV) … Continue reading →. . . Read All

Apparently, Romans 11 explains the role of Israel, the Law, and what God’s Word does. And the whole “once saved always saved” idea pretty much gets laid to rest with a clear reading of the text, so don’t miss that! Videos used: Apparently kid – http://youtu.be/rz5TGN7eUcM Finding Nemo Mine – http://youtu.be/H4BNbHBcnDI Questions about the Lutheran […] ↓ Read the rest of this entry… The post Apparently God’s Word Does Not Fail (Romans 11) appeared first on Worldview Everlasting.

Who Needs The Gospel?

Hey WE Team: My question is about Unconditional election. Before the creation of the world did God chose some particular people, or some people in general? If this is so, then would missions of preaching the gospel to outside countries be viable? Thanks, K Dear K, There is a very simple answer to the question, “Did God choose some and not others?” This question was even being asked during the time of the Apostles in the Bible. The answer is no. As St. Paul says to St. Timothy in 1 Tim 2:1-7 “1) First of all, then, I urge that supplications, prayers, intercessions, and thanksgivings be made for all people, 2) for kings and all who are in high positions, . . . Read All 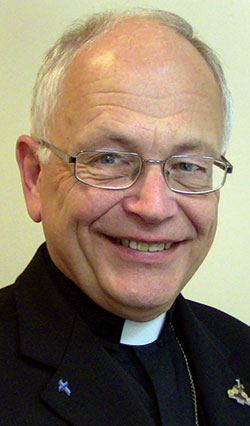 President Don Schiemann (ABC) will not stand for reelection

CANADA – As Lutheran Church–Canada moves on from its national convention (held in Vancouver in early June) and sets its sights on district conventions in 2015, it does so with the knowledge that change is coming: President Don Schiemann of the Alberta-British Columbia (ABC) District has announced he will not stand for reelection. “After much prayer and conversation with family and co-workers,” President Schiemann writes in a newly released letter, “I have decided that I will not accept a nomination to serve another term in this capacity. I believe, with respect … 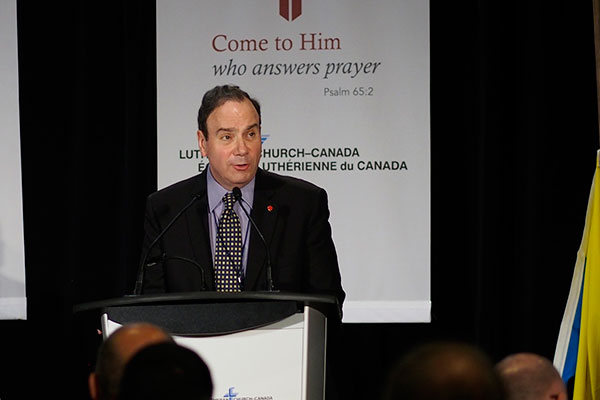 President Bugbee acclaimed to another term

Update: The Canadian Lutheran has now published the text of President Bugbee’s speech to the convention reacting to his reelection. VANCOUVER – On the morning of June 7, Rev. Dr. Robert Bugbee was unanimously acclaimed as President of Lutheran Church–Canada (LCC) for another term. President Bugbee is scheduled to address the convention regarding his reelection on Sunday afternoon. Rev. Dr. Robert Bugbee was first elected President of Lutheran Church–Canada (LCC) in 2008. He was acclaimed without opposition to a second term in 2011. Since 2010, President Bugbee has also served as Vice-Chairman of …

Herrenhuter readings for Tuesday, the 13th May 2014

May the LORD cause you to flourish, both you and your children. (Psa 115:14 NIV) and See what great love the Father has lavished on us, that we should be called children of God! And that is what we are! (1Jo … Continue reading →. . . Read All 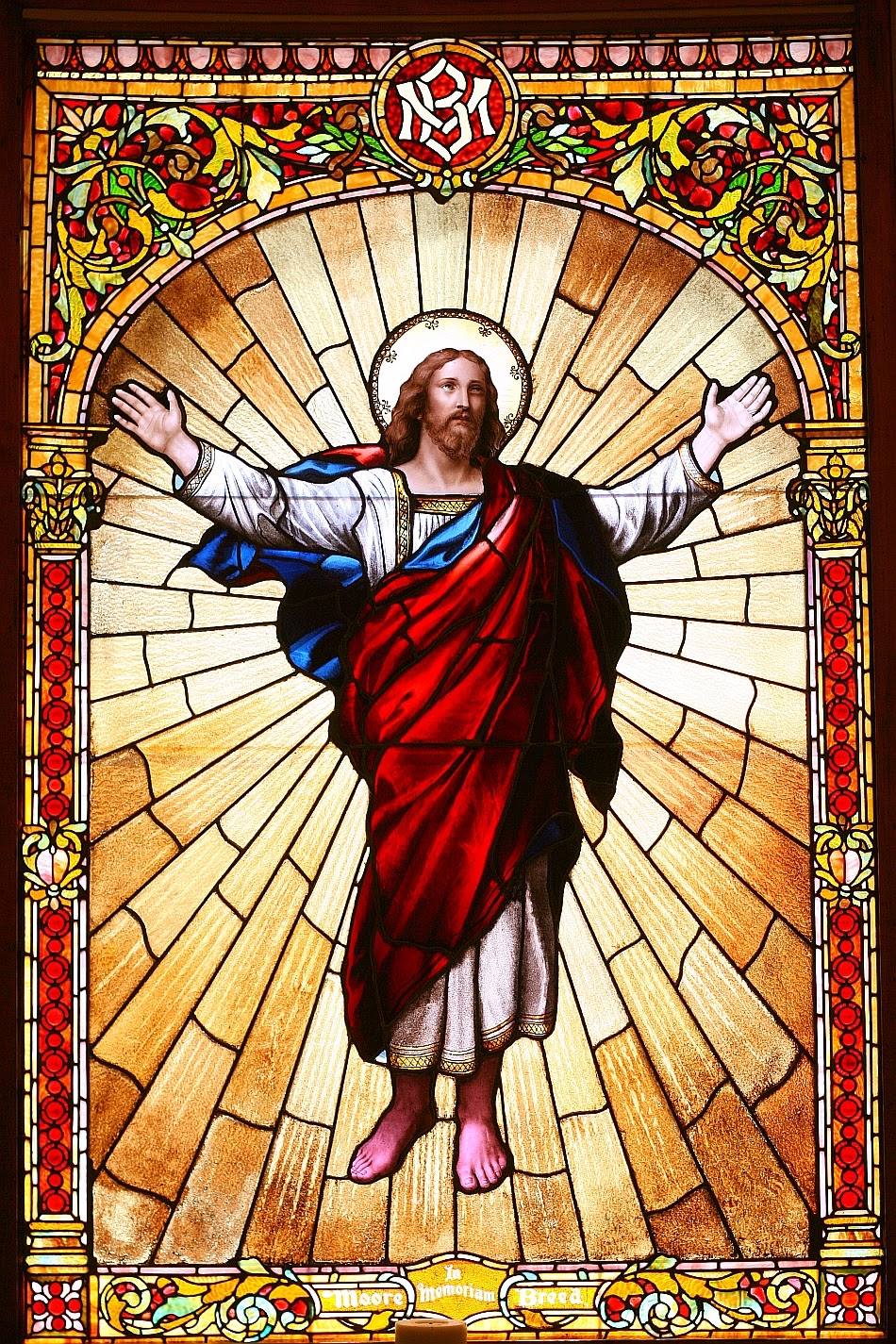 For God so loved…The Elect? A Confessional Lutheran on Limited Atonement

For God so loved the world that he gave his one and only Son, that whoever believes in him shall not perish but have eternal life (John 3:16). The Limited Atonement is the notion, in a nutshell, that Jesus did not die for everyone, but only for those whom the Father chose from his sovereign will. This teaching is intimately tied together with the Calvinistic teaching on predestination, sometimes called “double” predestination – that God chose some people to be saved, and others to be damned. I mean, it only follows logically that if God the Father predestined you to Hell, Jesus certainly didn’t die for you. One of the problems with the idea that Jesus did not die for . . . Read All

We have been chosen by God, elected in Christ, not by our works, emotions or riches, but by the blood of Christ. Pure Gospel awesomeness in this episode of Greek Tuesday as Pastor Fisk takes on 1 Peter 1:17-25. Videos used: Alex and Jumpy The Parkour dog – http://youtu.be/39oGCTAJ9Vw Lutheran Satire: Hearing Complaints from “Some […] ↓ Read the rest of this entry… The post Be Ashamed No More, You Feral Beast (1 Peter 1:17-25) appeared first on Worldview Everlasting.

God said to Israel, ‘You are my servant’; I have chosen you and have not rejected you. (Isa 41:9 NIV) and Jesus Christ said to his disciples: “You did not choose me, but I chose you and appointed you so that … Continue reading →. . . Read All

Herrenhuter readings for Tuesday, the 4th February 2014I make known the end from the beginning, from ancient times, what is still to come. I say, ‘My purpose will stand, and I will do all that I please.’ (Isa 46:10 NIV)

Thus says the Lord: “I make known the end from the beginning, from ancient times, what is still to come. I say, ‘My purpose will stand, and I will do all that I please.’” (Isa 46:10 NIV) But when the … Continue reading →. . . Read All 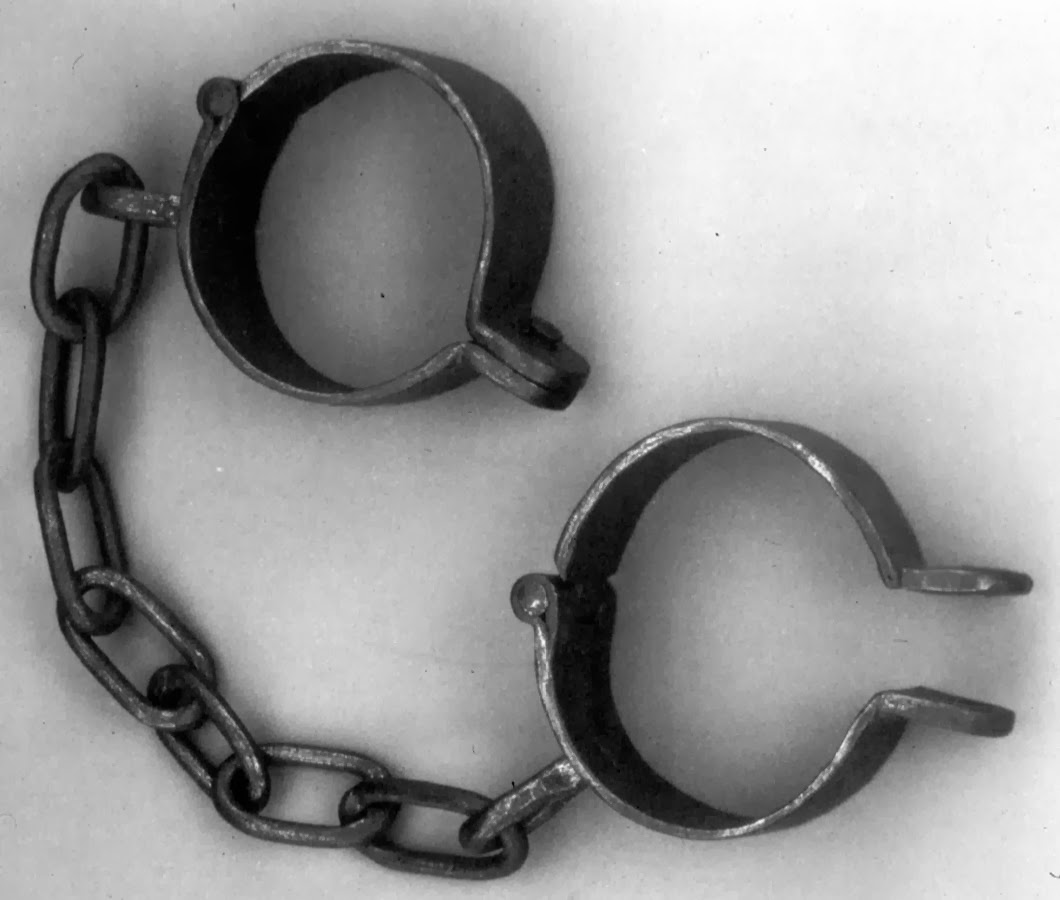 Born Slaves: Thoughts About Conversion and Free Will

For God so loved the world, that he gave his only Son, that whoever believes in him should not perish but have eternal life…My sheep hear my voice, and I know them, and they follow me. I give them eternal life, and they will never perish, and no one …

Predestination, Grace, and Free Will in the Thought of St. Prosper of Aquitaine and C.F.W. Walther: A Comparison and Evaluation

—By Jordan Cooper Throughout the history of the church, the doctrine of predestination has often been contentious. The name Augustine is usually associated with the doctrine of predestination in the Patristic period, and John Calvin during the sixteenth century Reformation. These theologians represent a strict form of predestinarianism. In contrast to this double predestinarian view, several theologians throughout the centuries have attempted to formulate a balanced view of predestination by affirming both that God’s election of grace is unconditional and that God’s grace is universal. This view, which can be labeled mild Augustinianism, was adopted as the orthodox position at the Second Council of Orange in 529. Various theologians throughout the church have represented this mild Augustinian position. The Formula . . . Read All

This paper (http://www.monergism.com/thethreshold/articles/onsite/double_luther.html) written by Brian Mattson in 1997 has been the cause of some people, dear to my heart, to abandon the stance of paradox that I know is so rich in our Lutheran Faith. As it pertains to election/double predestination. I’m not so much asking for a video exposing my frustration because these friends watch your videos, but I would love to see the “WE” Team REDLINE this paper for my viewing. Thanks, N First, the question Mattson asks is really the wrong question. Is Luther infallible? Does everything Luther said or taught define what Lutherans believe? Are Luther’s teachings the sole rule and norm by which all doctrine are to be judged? To all these . . . Read All

Posted in Catechesis | Tagged election, Luther, WE Got Answers, Worldview Everlasting - We Got Answers

EDMONTON – Concordia Lutheran Seminary (CLS) has announced the names of those nominated for the office of President of CLS. The deadline for nominations was July 15. (The Canadian Lutheran will publish an updated list when the seminary has received responses from all nominees.) Nominees are listed below in alphabetical order by last name, with each entry noting whether the nominee had accepted, declined, or was still considering the nomination at time The Canadian Lutheran went to press. The nominees have until August 15 to respond to their nomination. Rev. Dr. Scott …