20 December AD 1552 Financial and marital circumstances led Katharina von Bora’s (b.1499) parents to place her in a convent when she was but a child of five. In 1515, she became a nun. Later, she and some of her associates heard clear proclamation of … 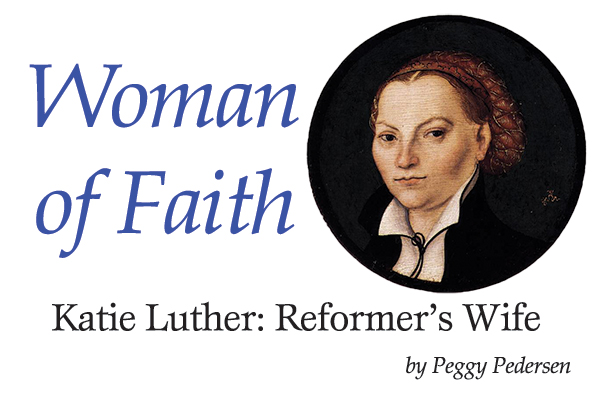 by Peggy Pedersen “I will cling to Christ as a burr clings to a coat!” With these words, Katie Luther gave up her breath to the Lord. On January 29, 1499, she had been born to an aristocratic family of diminished means and given the name Katharina von Bora. Little is known of her early life, even her place of birth — likely in Meissen or Lippendorf, Germany— except that she had several brothers and possibly a sister. As in other Catholic families, Katharina was baptized shortly after birth, joining her to …