What’s the difference between pastors and laypeople?

Rev. Adam Roe, in his series on vocation at Mission: Work, observes that Philip Melanchthon, author of the Augsburg Confession and other key texts in the Book of Concord, was a layman.  Pastor Roe uses this fact as an example of “the priesthood of all believers,” going on to show how the doctrine of vocation [Read More…] . . . Read All

Priesthood of all believers and vocation

The blog Mission Work, which focuses on faith, work, and economics, is hosting a series on the Lutheran perspective on these issues, also known as the doctrine of vocation.  Every few days for several weeks, it will post some reflections by Rev. Adam Roe, a pastor in the Lutheran Congregations in Mission for Christ (LCMC).  [Read More…] . . . Read All

What About Baptisms By Laity?

Dear WE Team: If you are baptized by a Christian who is not a pastor and/or the baptizer fumbles over the words of Father, Son and Holy Spirit does this mean anything? May one still count on this as the place of God’s solace? Thanks WE team. N. N: Thank you for your question. As we know, Baptism was given to the Church by Christ Himself for the forgiveness of sins (Matthew 28:19) and therefore has been done by the clergy, in service to Christ for 2000 years. What we also know is that as Baptism is necessary for salvation (Mark 16:16), there are certain situations where a clergyman is not readily available to perform this rite. In these situations, . . . Read All 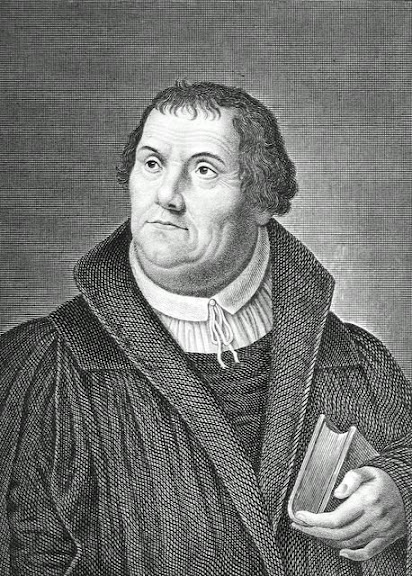 In commentary following a recent post by anonymous blogger “Matthias Flach” entitled, A Travesty Examined, Part Nine , it was suggested that “Matthias” contact the President of the Wisconsin Evangelical Lutheran Synod (WELS), and complain to him about all the problems he sees – the idea being that the Synod President, having enough complainers behind him, would be emboldened to, say, acknowledge these problems publicly, maybe even repudiate them… possibly, like Synod President Matt Harrison of the Lutheran Church Missouri Synod (LCMS), even use the publishing power of his office (the only power the WELS SP really has) to consistently expose the errors of false teachers in the WELS Ministerium who are apparently prized, protected and promoted by . . . Read All

In John 20:21-23, we read, Jesus said to them again, “Peace be with you. As the Father has sent me, even so I am sending you.” And when he had said this, he breathed on them and said to them, “Receive the Holy Spirit. If you forgive the sins of anyone, they are forgiven; if you withhold forgiveness from anyone, it is withheld” (ESV). It’s just as valid and certain as if Christ dealt with us himself. But we don’t really have any regard for absolution, preaching, or the sacrament in such a way. That’s not good. Martin Luther preached (on this text), “These things are preached to us every day, but we pass them by, paying no more heed . . . Read All A review of the Lego Movie as embodiment of Reformation theology … Read more at the original post at Reformation500.  . . . Read All

Gutachten: The Word of Forgiveness Spoken by a Lay Person

Gutachten: The Word of Forgiveness Spoken by a Lay Person Two pastors in the Nebraska District requested the opinion of the Department of Pastoral Ministry and Missions of Concordia Theological Seminary on the following issue: “There is considerable discussion and confusion in our district regarding the biblical and confessional position regarding the speaking of the Gospel by a member of the holy and royal priesthood. Some in our district contend that according to the Scriptures and the Confessions only the men in the Holy Office speak an efficacious coram Deo Word of Gospel and that the unordained speak merely a word that gives information or that only makes an announcement. This position maintains that the Scriptures distinguish between forgiveness (coram . . . Read All

It seems the ugly Stephanite beast has reared its head in The Lutheran Church-Missouri Synod.  From all the letters, blog posts, and Facebook comments in the past six months, you’d think that a cabal of clergy in cope and chasuble had stormed the International Center, thrown out every layperson, abolished voters’ assemblies, and made it a crime for non-clergy to talk about Jesus or even be in His presence.  But now a popular rebellion has arisen from the very roots of the grass [led, oops, by a bunch of clergy] to tear down the clerical elite with their bishops and Article XIVs. The latest salvo aimed at priestcraft in all its forms comes from a former president (down with bishops!) . . . Read All

Hi, just wondering… why do the elders repeat the Words of Institution during the distribution of the sacrament when the pastor already said it earlier? What is the role of the elders in this case? Would it be proper for any congregation member to distribute the bread and wine, even woman? Why or why not? If there was a service where the congregation members were expected to pass on the bread and wine to each other, would that be proper? Thx for your help! A, The rubric according to The Lutheran Service Book in the Altar Book (which is a bit more detailed) reads, “The pastor and those who assist him receive the body and blood of Christ first, the . . . Read All

The Average Layman is Defenseless!

Today, we reprise a lecture we featured twice in 2011 under the title, ‘non rockaboatus’ is an organizational disease: Lectures by Dr. Walter Martin, but with a different emphasis. After the facts exposed in last week’s post, Do any Lutherans want to b…