June/July 2014 Lutheran Witness Preview Adriane Heins, Managing Editor of the Lutheran Witness discusses the June/July issue and the topic of persecution.   Contributors Rev. Randy Golter and Deaconess Elizabeth Ahlman also discuss the topic of the persecution in the lives of young people and families. Send in your family questions to Family@kfuo.org or call host […]

King Saul said to David: “When a man finds his enemy, does he let him get away unharmed? May the LORD reward you well for the way you treated me today.” (1Sa 24:19 NIV) and Jesus said: ”But to you who … Continue reading →. . . Read All

14. Hence, people have here an example where they are to seek their comfort and help, not in the world; they are not to guard the wisdom and power of men, but Christ himself and him alone; they are to cleave to him and depend on him in every need with …

13. Now it is the consolation of Christians, and especially of preachers, to be sure and ponder well that when they present and preach Christ, that they must suffer persecution, and nothing can prevent it; and that it is a very good sign of the preaching being truly Christian, when they are thus persecuted, especially by the great, the saintly, the learned and the wise. And on the other hand that their preaching is not right, when it is praised and honored, as Christ says in Lk 6,22-26: ”Woe unto you, when all men shall speak well of you; for in the same manner did their fathers to the false prophets. Blessed are ye, when men shall hate you, and . . . Read All

“Do not be afraid, little flock, for your Father has been pleased to give you the kingdom.” (Luk 12:32 NIV) There may well be times in which the Church appears to be but a mere stream, which is struggling to … Continue reading →. . . Read All

We Wish You a Merry [CENSORED]!

Come and see the persecution inherent in the system! HELP! HELP! I’m being repressed! They won’t say “Merry Christmas!” Silly, spoiled, lazy, American Christians. Yep. That’s what we are. And here’s why. Issues Question of the Week link: http://issuesetc.org/2013/02/07/2-distinguishing-law-and-gospel-pr-bryan-wolfmueller-2713/ Previous Christmas specials: A Very WErry Christmas Special – http://youtu.be/0oK2VRkQeIw A Very WErry War on Christmas […] ↓ Read the rest of this entry… 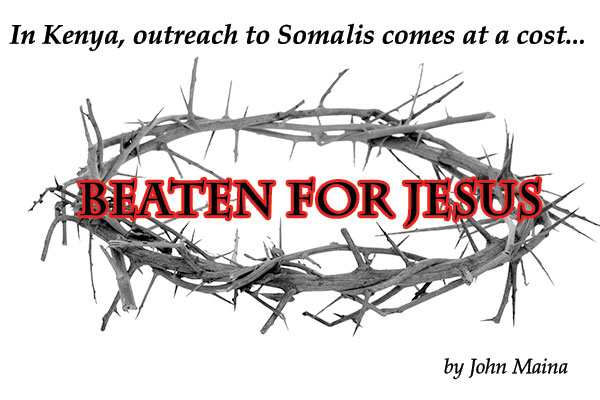 by John Maina I have always marveled at the story of Jesus and the woman at the well, and how the Samaritan city of Sychar was reached (John 4:1-42). It seems a chance meeting at first, but Jesus had it planned all along. This woman would be His means to reach the Samaritan city of Sychar. It’s quite the story. Jesus asks for a drink, discusses her life, and speaks about the differences between Jews and Samaritans. Finally, He tells her He is the Messiah. She returns to the city, inviting … Persecution has become the plight of Christians in Egypt — where dozens of churches have been burned. Yet, many of Egypt’s Christians refrain from claiming they are persecuted. How can that be? (Read more…) Leaders of church bodies and seminaries worldwide gather Aug. 8-11 in Palanga, Lithuania, for the International Lutheran Council’s Fifth World Seminaries Conference to explore “Suffering, persecution and martyrdom as a mark of the church.” (Read more…)

LITHUANIA – From August 8-11, the International Lutheran Council (ILC) held its World Seminary Conference at Palanga Lutheran Church in Palanga, Lithuania. While not a member of the International Lutheran Council, the Evangelical Lutheran Church in Lithuania (ELCL—a Lutheran World Federation church) had volunteered to host the ILC conference. More than 80 participants gathered for the conference, to discuss the theme “Suffering, Persecution, and Martyrdom as a Mark of the Church.” Lithuania was a fitting location for the event, said ELCL Bishop Mindaugas Sabutis, given that Christians in Lithuania have faced …

Shot coming out of Sunday School in Egypt

http://www.jihadwatch.org/2013/08/interfaith-outreach-in-egypt-muslims-open-fire-on-church-murdering-10-year-old-girl-leaving-sunday-s.html “Church Pastor’s Niece, 10, Gunned Down Leaving Sunday School Class, Dozens Injured as Attacks Against Egypt’s Christians Continue,” from MidEast Christian News, August 7 (thanks to Filip): An horrific attack has taken place against Egypt’s Christian Coptic community, after several unidentified individuals indiscriminately opened fire in front of the Evangelical church in Ain Shams, a suburb of Cairo, killing Jessi Paulis Issa, 10, and injuring dozens of Copts. According to reports, Issa was the niece of the church’s pastor. After the killing, Issa’s young body was transferred to the Cairo forensics team as the Copt community were left to mourn the latest horrendous attack against them. “Bearded men belonging to Morsi’s supporters opened fire on the citizens as . . . Read All On Leno, the president said, “Well, I’ve been very clear that when it comes to universal rights, when it comes to people’s basic freedoms, that whether you are discriminating on the basis of race, religion, gender or sexual orientation, you are violating the basic morality that I think should transcend every country.  And I have no patience for countries that try to treat gays or lesbians or transgender persons in ways that intimidate them or are harmful to them.” If this doesn’t send a few chills down your spine, it should.  Impatience and intolerance go hand in hand.   And in the name of tolerance, the president is to the point of publicly declaring that that those who do not embrace . . . Read All

“The court’s judgment came after Bordbar and about 50 other Farsi-speaking Christian converts were detained by security agents in a house in northern Tehran during a worship service celebrating the birth of Jesus, Christians said.” http://www.jihadwatch.org/2013/08/interfaith-outreach-in-iran-christian-gets-ten-years-prison-for-evangelizing.html   Think about this for a second:   How many Missouri Synod Lutheran Churches are there that have around 50 worshippers at a divine service on an average Sunday? A lot.  If I’m not mistaken, most LCMS congregations have under 100 people in divine service on Sunday.  That is to say, on Sunday when they worship in a church (or a rented building, less often), not someone’s house.  On Sunday we can come to church openly, not secretly; there is no danger of arrest . . . Read All

“you hate the one who reproves in court and despise him who tells the truth. You trample on the poor and force him to give you grain. Therefore, though you have built stone mansions, you will not live in them; though you have planted lush vineyards, you will not drink their wine. For I know how many are your offenses and how great your sins. You oppress the righteous and take bribes and you deprive the poor of justice in the courts. Therefore the prudent man keeps quiet in such times, for the times are evil. Seek good, not evil, that you may live. Then the Lord God Almighty will be with you, just as you say he is. Hate . . . Read All

“I, the LORD, have called you in righteousness; I will take hold of your hand. I will keep you.” (Isa 42:6 NIV) Who shall separate us from the love of Christ? Shall trouble or hardship or persecution or famine or … Continue reading →. . . Read All

I consider that our present sufferings are not worth comparing with the glory that will be revealed in us. (Rom 8:18 NIV) If we hear such verses dealing with suffering, then we are tempted to think immediately about suffering common … Continue reading →. . . Read All

Do not be surprised, my brothers, if the world hates you. (1Jo 3:13 NIV) In today’s gospel our Lord Jesus Christ speaks about the great feast to which so many have been invited, yet despite the invitation so few attend. … Continue reading →. . . Read All

4. An Egyptian Blasphemy Trial for a Christian Teacher – Robert Spencer, 5/31/13

They will do such things because they have not known the Father or me. (Joh 16:3 NIV) Our gospel started off so nicely with the witness of the Holy Spirit and that of the apostles and now it continues so … Continue reading →. . . Read All